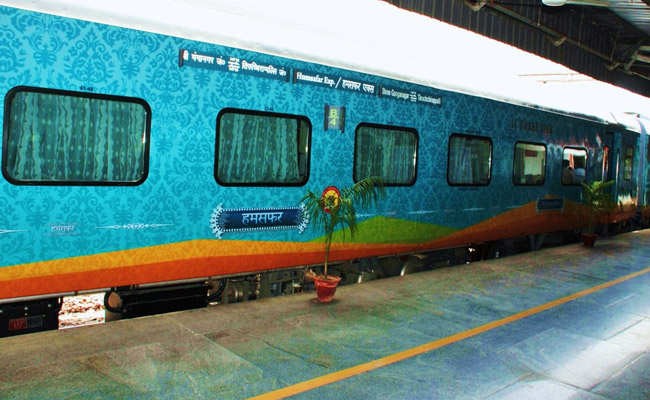 Now aiming to improve the train travel experience Indian Railways has revamped it's AC3 tier train with notable features like baby nappy changing pads, tea and coffee machines, easier upper berth climbing arrangement, GPS based passenger information system and fire / smoke detectors. Here are the five such features which you should know about the upgraded coaches of Humsafar train that should have been a part of its initial launch -

To give information about revamped Humsafar express train, railway Minister Piyush Goyal wrote on Twitter - Indian Railways has revamped the Humsafar Express with state-of-the-art features to enhance passenger comfort. Check out some of the new amenities the train offers to its passengers.

The first Humsafar train was announced to run between Gorakhpur and Anand Vihar terminal Delhi on December 16 last year. Fare of these trains were announced 15 to 20% higher compared to regular AC3 tier trains of Indian Railways.

The upgradation of  Humsafar coaches was long awaited from the time these trains were launched last year, as most of the passengers find difficult to justify the extra cost of Humsafar Express train fare over regular trains.